Are you at risk of developing dementia?

Did you know dementia damages the cerebrum years before someone's diagnosed?

So, wouldn’t it make sense to prepare now and not after the cognitive decline?

When a tornado or hurricane is headed to your home, you don't wait until the disaster is on your doorstep before getting to safety. You take preventive measures before it's too late.

This same logic should apply to your brain and overall health. By the time we reach our fifties or sixties, our health is declining, and we most likely live with ailments and diseases which contribute to our declining health and fuel this deadly disease.

By now you're wondering, who is at risk for developing dementia?

Now I have your attention, do you see the theme for who's at risk for developing dementia? Anyone.

We can't exclude regular drug users. Yes, this includes drugs prescribed by the doctor, over the counter (OTC) or ONLY taking for recreational use. The things I have mentioned are linked to dementia and people making poor lifestyle choices are the most at risk.

Don’t just take my word for it, do your own research. I am not writing this, so you believe everything I say. I want you to experience doubt because doubt is good. Doubt convinces you to find out the truth and conduct your own research. Don't trust one source, research several credible sources.

Remember, the human brain is priceless and worth saving. 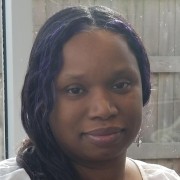 Publishing her first book about the challenges she and her family endured while caring for her mother. The book outlines healthy habits anyone can incorporate into his or her life. Follow her on Twitter to learn about up-and-coming projects and books.

Support the Caregiver You Know

What makes you happy?

What makes you happy or brings you peace of mind?This is where I normally get the deer in headlight’s look or the huh expression.Your response to the above question should be automatic, not your life, every single day.When you're asked what makes you happy, be ready with an honest answer. There is no right answer because it depends upon the individual. ...